Welcome to TheDollar Box, where I look at comics with an original cover price of a dollar or less. This time we travel back to the dim pre-history of Robert E. Howard’s Hyborian Age — and the even more remote year of 1973 — for a date with a certain she-devil with a sword in issue #24 of Conan the Barbarian!

It’s The Song of Red Sonja! 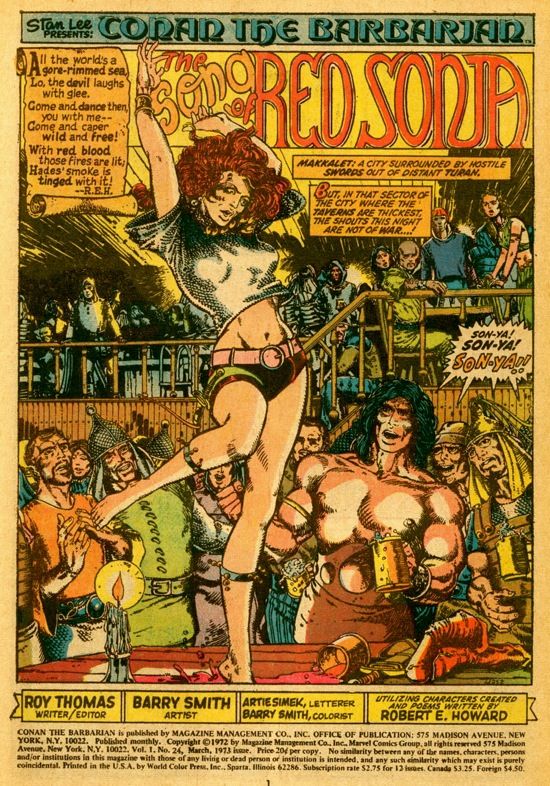 Two-and-a-half years into its run, Marvel’s Conan the Barbarian had survived an early flirtation with cancellation to become an accidental masterpiece. Sales were up, awards were rolling in, and the book had been promoted to monthly status. Ably guided by writer Roy Thomas and a brilliant young artist by the name of Barry Windsor-Smith, Conan had broken through to become one of Marvel’s most popular comics.

Unfortunately, Conan was about to become a casualty of its own success. The…